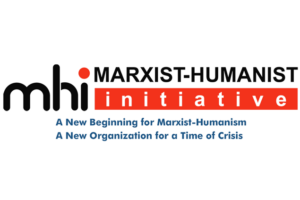 The second half of a two-part interview on the “value-form paradigm”—a Marx-inspired and market-focused strand of political economy. Some years ago, the noted value-form theorist Patrick Murray responded to criticisms of the paradigm, leveled by Andrew and others in a published symposium. In this episode––guided by Brendan’s questioning, and for the first time anywhere––Andrew continues his reply to Murray.

The co-hosts discuss the source of profits, the quantity theory of money, and intra-firm trade. The discussion focuses on Andrew’s argument that the implications of the value-form paradigm contradict what Marx wrote about these issues, and on Murray’s attempts to explain away the apparent contradictions. Andrew explains why he finds Murray’s rebuttals to be unsuccessful.

The segment includes references to chapter 3 and chapter 5 of Capital, volume 1, and to Marx’s draft chapter, “Results of the Direct Production Process.”

In the current-events segment, the co-hosts respond to a recent “anti-neoliberal left” piece in Salon, in which Varsha Gandikota-Nellutla once again puts the political interests of “the left” ahead of the life-and-death struggle against Trumpist reaction.

We welcome and encourage listeners’ comments, posted on this episode’s page.